The Effects of CBD Hemp Flower: Is it Safe?

Is CBD Flower Safe? There are so many claims surrounding CBD, that it’s hard to know what to believe. Although it's generally agreed upon that consuming CBD is relatively safe, the question continues to be a frequently debated topic, as the compound has not been extensively studied, nor approved, by the FDA.

We've all seen the numerous studies that have shown that CBD has potential when used for relief from conditions such as anxiety and chronic pain, but the reality is that FDA approved research on it is fairly limited, which some could say is resulting in a lack of momentum towards wide-spread adoption.

So, what's really going on? Is the FDA dragging their feet, or is there something that all these studies must be missing?

In this week's article, we're going to take a deep dive and see if we can provide some insight on concerns that new hemp users might have regarding safely using CBD Flower. We'll discuss how the FDA ensures CBD is marketed in a safe way, some insight on smoking and vaping CBD Flower, as well as an in depth look into recent studies that attempt to paint a clearer picture of CBD's effects when consumed.

The FDA's Stance on CBD

Before we touch on the safety aspect, we need to discuss the status of CBD and where it stands in the eyes of the federal government, specifically when it comes to safety and pharmaceutical applications.

Although CBD has exploded in popularity since the 2018 Farm Bill, current FDA approved research on the compound is still limited. As of now, Epidiolex is the only CBD based drug that has been approved by the Food and Drug Administration. It is prescribed for treatment of seizures associated with two rare forms of epilepsy, and is being investigated for many other seizure disorders. Although promising in terms of future applications for CBD, this seems to be the exception and not the rule for now.

The FDA is very clear on the fact that although CBD has known pharmacological effects on humans, CBD is not to be mistaken for a medical supplement. Research on cannabidiol is still in it's infancy, and with the influx of CBD companies entering the market in recent years, we've seen a lot of misinformation being spread around in regards to the application of CBD. This has led to open minded customers perceiving CBD as a replacement for FDA approved medicine, which is most certainly not the case.

As a result, the FDA has issued warnings to the public, mainly stating that any claims that CBD products can be used to treat diseases or conditions are false and misleading. The FDA has issued several warning letters to firms in the past for their marketing of drugs utilizing CBD as an active ingredient.  They've even recently sent out letters to companies marketing Delta-8 THC in a similar fashion. Under the FD&C Act, any product intended to diagnose, cure, mitigate, treat or prevent a disease, and any product (other than a food) that is intended to affect the structure or function of the body of humans, is a drug.

According to this definition, we can likely correlate that the companies which have been sent warning letters in the past were likely marketing CBD with misleading claims related to health and safety.

It is important to remember that although CBD has been said by some that it can provide relief of symptoms of certain conditions, the reality is that it does not prevent, cure, or alleviate any disease and should not be considered a cure-all solution.

So, just to be crystal clear; we cannot provide any insight on the safety of using CBD products in terms of medicinal application.

We can, however, look at it in terms of use cases related to those looking to enjoy it as a occasional hobby. Let's move on to some factors that will answer the age old adage of "Is CBD Flower safe?"

The first thing to consider is how you plan on using your CBD flower. It's not uncommon to see hemp enthusiasts utilizing CBD-rich hemp flower for infusion into tinctures, topicals, and edibles. Most people, however, will typically either vape their hemp flower, or smoke it.

Now, we can all agree on that fact that in general, smoking anything isn't doing your lungs any favors. If we're taking safety into consideration, we we want to make sure that we're doing our best to reduce the amount of toxins and carcinogens we inhale when consuming Hemp Flower.

So, out of the two popular options, what's the best way to mitigate the risk when using CBD Flower?

We can safely say that your best bet is most likely to look into vaping instead of smoking your hemp flowers.

Vaping, although not a new concept, has recently gained popularity as a method of consuming CBD Flower. This is because it allows for a cleaner experience when compared to smoking. Vaping allows you to still get the flavor and experience that comes with hemp flower, without actually inhaling the smoke of a burnt up plant. The vapor from a quality vape pen will allow you to inhale mainly pure CBD, terpenes, and other cannabinoids.

When you are smoking hemp flower, in addition to the cannabinoids and terpenes, you're also inhaling the actual plant material. Depending on what's actually in your CBD flower, this has the potential to be harmful to the lungs over a long period of time. If you do decide you'd prefer to smoke your hemp flower, it's most likely not a death sentence. Just make sure you check your flower's test results, and be mindful of when, where, and how often you decide to smoke it.

In short, although we can appreciate a quality CBD Joint, we're going to be looking at vaping as a much more wholesome option for those looking to consume CBD flower in the safest ways. 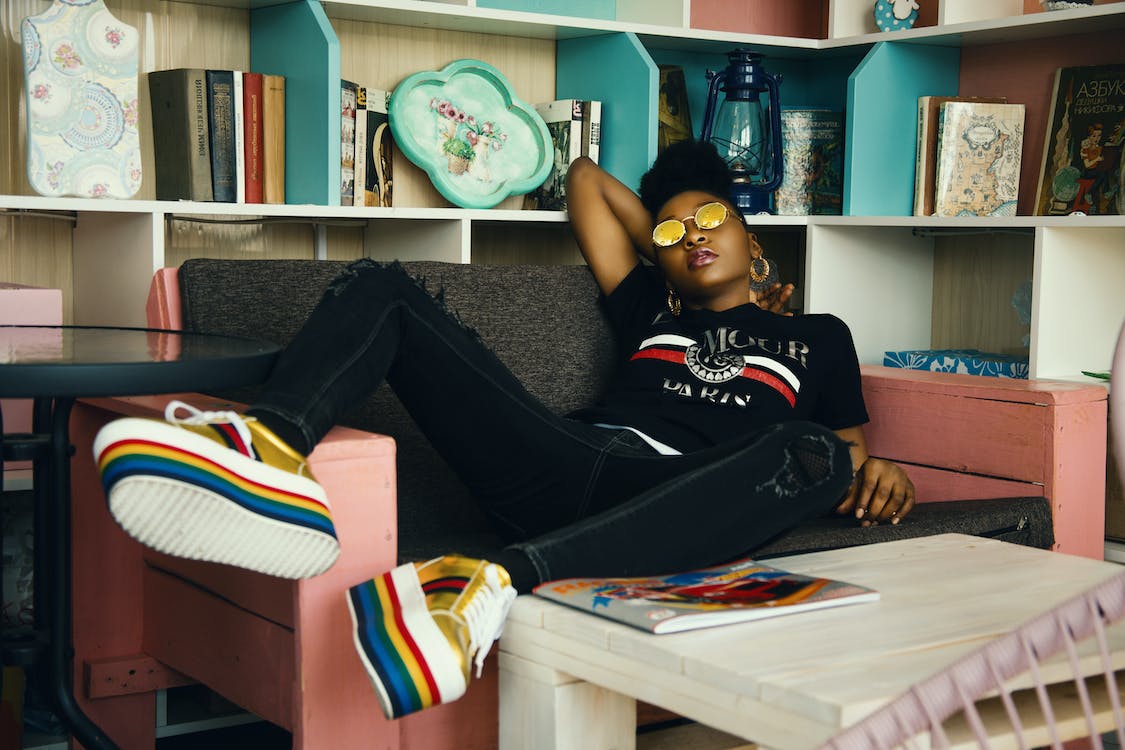 Now that we've gone over the ideal way to use your CBD flower, the next step is to understand how it can affect you.

When you consume your CBD flower, you are taking in the cannabinoids and terpenes that are contained within it. These compounds will enter your system and get into your bloodstream, resulting in a variety of effects. Therefore, you need to be aware of what these effects are if you're considering using CBD Flower on a regular basis.

The most common side effects that people experience when using CBD Flower are typically those related to the interaction CBD has with your body's endocannabinoid system (ECS).

Your ECS is a system of cannabinoid receptors that are located in your body, and is specifically heavily centralized in your brain.

The endocannabinoid system (ECS) is responsible for many of the effects that come from CBD Flower. For example, the ECS plays a large part in controlling the immune system, reducing pain, regulating sleep, and much more. 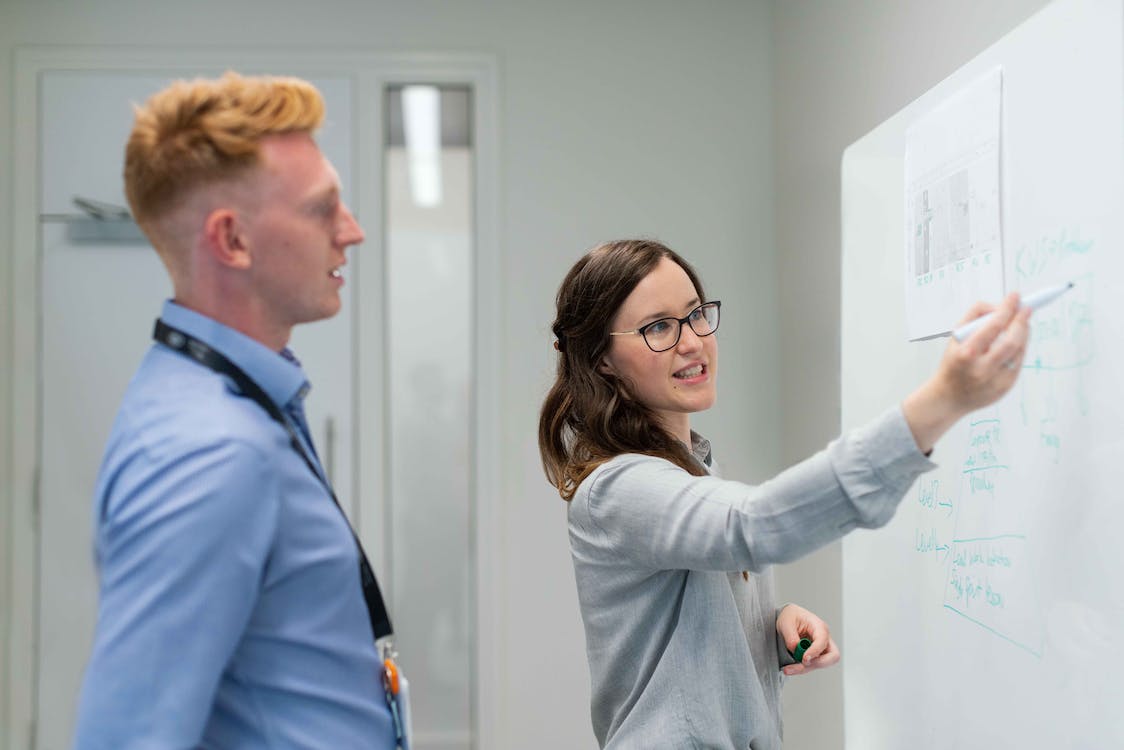 In February of 2021, a survey was conducted on 387 current or past-CBD users by Journal of Cannabis Research. This was aimed at determining how people felt the use of CBD had affected them in regards to:

You can read the report here. An excerpt of the study's conclusions are below:

"A majority of the sample surveyed in this study found that CBD helped their symptoms, and they often used doses below 50 mg. Out of the four most common symptoms, three were related to mental health."

Now, while these may sound good to some, we have to remember that this is anecdotal evidence, and one of many reports that are out there.

There are also some potential negative side effects to keep in mind.

In a study published by Harvard, it's been reported that consuming CBD in general has the potential to interfere with the effects of supplements, herbal products, and OTC and prescription medications.

It should also be noted that in the same article, it's said that although generally deemed as safe, you may also experience a wide variety of effects such as "drowsiness, lightheadedness, nausea, diarrhea, dry mouth, and, in rare instances, damage to the liver."

The Verdict - Is CBD Flower Safe?

With CBD and other Hemp derived products being so mainstream these days, it's a sensible thing to ask yourself, especially considering the stance the FDA has had for so long.

The bigger picture is showing that although cannabidiol is commonly used (and has been for thousands of years), official research is still very much in its infancy. There's plenty of studies that can support the claims that are made both for and against CBD's potential benefits and safety.

So, what's the final answer?

Although it can be difficult to gauge with the amount of studies there are with different results, in our search for a reliable answer, we came across an insightful look that we hope can shed some light on the topic.

According to a study published by Bentham Science Publishers, CBD can be relatively safe when consumed by humans in controlled amounts, but should be further researched for confirmation.

Based on that and a combination of other points we've mentioned, we can assess that CBD Flower and other CBD products are generally safe to use, given that you are purchasing lab-tested CBD products from a reputable supplier and you've talked with your doctor about some of the risks we've discussed.